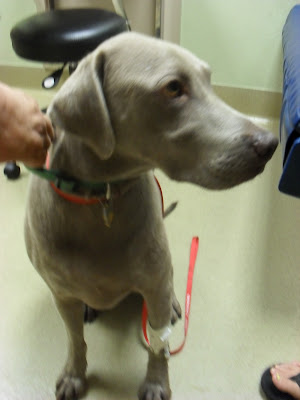 It's been a long weekend. Pete is out of town, grandpa is coming home from his hip surgery and Pete has gone to help with that. Things always happen here when Pete is out of town.
On Saturday Jake threw up some ketchup packets. SIGH  I know he eats everything, of course this worried me, but it was what happened after that really set the alarm off. He frantically started eating grass and would not stop. I couldn't get him to come inside. He ate grass and threw up grass,ate a lot more grass threw up again just grass, ate a lot more grass. I was afraid he still had packets in his belly.  So off to the Emergency Vet we went. They discovered he had something in his belly, so we decided on an IV fluid, it helps flush things out.. He had to stay the night and would have another x-ray on Sunday. 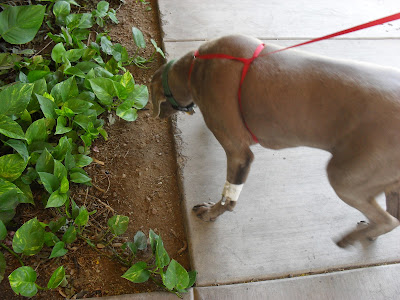 Amy and I took him for a walk Sunday morning, HE IS NOT A HAPPY BOY. He of course has had to wear a cone because of the IV, and has had to stay in a kennel. So sorry for him. The vet says what ever it is, is not moving. we waited another half a day, another couple of x-ray's, and decided they would go in and get it out, so not to risk any blockage of the the exit of the stomach.They would also do a gastropexy as he is a high risk for bloat, since they will all ready be in there. 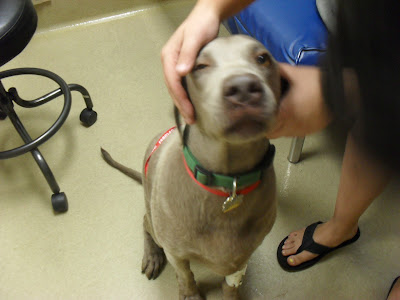 Amy and I put the kennels together in anticipation of surgery I'll have to keep him quite for 2 weeks (YEAH RIGHT), and that totally freaked Betty out she went and hid.

Jake not being here has made things so quite, he is our chaos, and it is just weird not to have him here. All the  dog's are confused. Abby has only eaten 1 full meal since Friday night, she has stayed in the closet most of the time, even slept there.They are right on my heals won't let me out of their sight.

He had the surgery and he is fine. Oh Jake really. It was grass, yes I did say grass, the doctor described it as  3 to 4 cups of grass so compacted it was like concrete, like a concrete block of grass. She said she did not think it was going any where. This is the information I got as they had just finished with surgery.  I will talk to her more Monday, when I pick him up. I'm just glad he is okay, I was so worried. 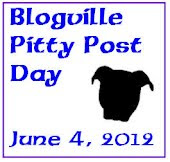 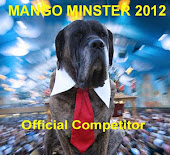 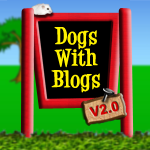 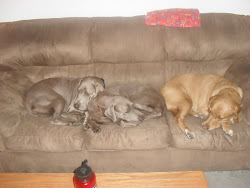 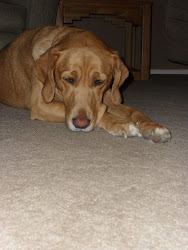